Birth Anniversary of Bhagwan Birsa Munda was celebrated by all the Constituent Colleges of Meenakshi Academy of Higher Education and research, Chennai. The 147th birth anniversary of Birsa Munda was observed on 15th November 2022. Programme was stated with Thamizthai Vazthu. The eminent Guest speakers narrated the significance of Janjatiya Gaurav Diwas and described Birsa Munda as the person strived for the Independence of the tribal people and the person uplifted the lifestyle of the tribal community. Other tribal freedom fighters and their sacrifices were also remembered on this occasion. Competitions like debate, Oratory and quiz competitions in English and Tamil were conducted among the students along with the video show on life history of Birsa Munda. Students were felicitated with certificates and prizes for their enthusiastic participation in the event. The programme was ended with vote of thanks and National anthem. 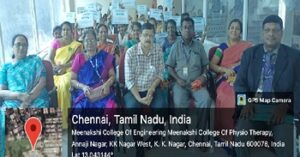 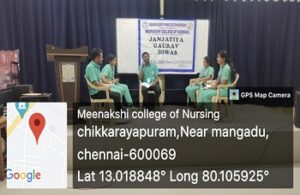